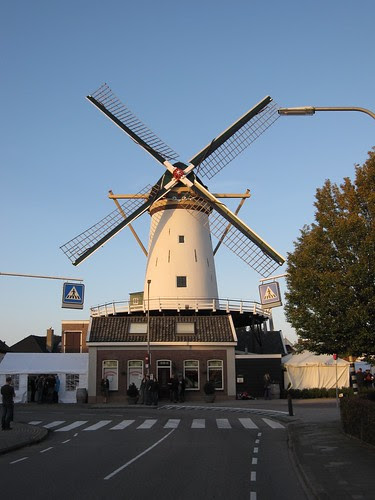 On Friday and Saturday September 28-29, 2012, Brouwerij de Molen will be hosting the Borefts craft beer festival at their brewery in Bodegraven, Netherlands.

This will be the fourth year running that Menno Olivier and his de Molen crew arrange this festival which has become one of the most cherished and highly rated beer festivals in the world, thanks to its easy atmosphere, excellent execution and because of the strictly enforced limit on the number of visitors. Only a limited number of people are let in each day, to ensure that the venue is never too crowded and that beer and food lines are always manageable.


I attended both the 2010 and the 2011 Boreft festivals and can vouch for the high quality of both the venue and the attending breweries, which has included Närke Kulturbryggeri from Sweden, Amager, Midtfyns and Mikkeller from Denmark, Nøgne Ø and HaandBryggeriet from Norway, Loverbeer and Revelation Cat from Italy, Marble Arch, The Kernel and Thornbridge from England, Bierbrouwerij Emelisse from the Netherlands and the Belgian craft brewing superstars De Struise Brouwers.

The brewery list for 2012 has yet to be published, but I have no doubts about its exellence. In the meantime you better book a place to stay, near Bodegraven, for the last weekend of September.